St Maarten’s music and history are intertwined. The music most of us presently consider Caribbean can be traced to events on the various area islands over the recent past. We’re talking about a melding of styles from the various cultures. This situation parallels the development of the Caribbean’s cuisine. Of course, this development goes way further back than that on both fronts. The separate elements that contributed to Caribbean culture each came from places far and near over thousands of years. The Classical element in some Caribbean music developed in Europe from as far back as 1500 AD. The Afro rhythms were brought to the area with slavery in the 1600s but these sounds have been developing in Africa since prehistoric times. Some of the newer sounds added to the mix came from India. But these sounds’ roots are ancient in India. The most recent influence in the area is from American pop music, but this genre is derivative too. It’s almost as if the world’s music came full circle when it came together in the Caribbean.

Calypso is recognizable to most of us. This is the grandfather of musical styles most of us recognize as ‘Caribbean.’ We have a general idea of the style. But where did it come from? How did it develop? Afro-Cuban music is said to have developed in The Caribbean Islands of Trinidad and Tobago in the early twentieth century by descendants of African slaves brought to the islands by the French and the British. The roots of Afro-Cuban seem to come from influences of Cuba and the West African music called Kaiso. At first, the European linguistic and musical influence was French. But as happened continually all over the area, Trinidad and Tobago shifted back and forth between French and the British control. As the oppressing factor became more British, the music’s language acquired a new amalgamation- from a French creole to a pidgin English. This is when Afro-Cuban started to mutate into Calypso. And the music’s messages became more socially and politically pointed. The colonial powers often tried to quell the potential for musically incited riots by making a succession of drums illegal. The ubiquitous steel drum most people associate with island music came from Trinidad around World War II. The US navy set up a base there. Many of the 55 gallon oil drums were left by the navy. The locals fabricated steel drums that could hold actual notes by creasing the top of the drum to the right specification- often through trial and error. This drum has become an icon of Caribbean culture. And you will undoubtedly hear it in St Martin/St Maarten. Afro-Cuban and Calypso are predecessors for most styles of Caribbean music. These styles spread throughout the whole area in the early twentieth century.

Soco means ‘soul of Calypso.’ It developed relatively late in the game when artists from Trinidad and Tobago started recording in New York City in the late 1960s. Here these 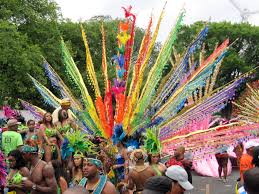 musicians were exposed to funk and soul. They also had new access to electric guitars and basses. This music used elements of Calypso that they grew up with. But Soco was more about celebrating and having a good time. It was not as politically and socially active as Calypso. As often happens, this generation looked at their parent’s and grandparent’s mindset as being passé. An interesting and unexpected addition was the incorporation of drums and Rhythms from India (especially the tabla drum). East Indians were brought to the area to provide cheap labor. This mixture of Calypso, Funk, Soul, and East Indian music was often referred to as Chutney music. The NFL’s battle-cry ‘Who Let the Dogs Out?’ was written by a Soco musician. The newer version still exemplifies characteristics of the style. If you enjoy the night life in St Martin/St Maarten, you will inevitably hear some Soco. It is very popular in the Caribbean and keeps evolving.

Zouk means party or festival. You will hear Zouk on St Martin/St Maarten. It tended to come from Martinique or Guadeloupe (French islands in the Caribbean). It is often mixed with Haitian Compas (a more modern Haitian off-shoot of Meringue). It is not what a lot of people expect from the Caribbean. This is not typical tourist music. It was music created by locals for locals. Inevitably, guests ended up enjoying it too. It’s different in that it’s very fast; they call it a jump-up beat. And it almost has a carnival style- very festive. It’s speed and intensity are very demanding of performer and purveyor. Zouk is also different for the area because it does’t stop being modern with just the use of electric instruments. Zouk uses synthesizers, digital technology, drum machines, and MIDI (musical instrument digital interface) sequencing. This form of music started in the Caribbean (and it’s still there) but has also become very popular in the dance halls of United States, Europe, and Africa.

Reggae is popular everywhere. It developed in Jamaica but it came out of the Caribbean mainstay of Calypso. And really Jamaica is a Caribbean island. The story goes, that Jamaican musicians, versed in Calypso and Ska, were under the influence of local herbs and were listening to pop and soul music from New Orleans radio. Well, by the time the signal reached Jamaica, the radio waves were out of phase (out of sync). In their altered state, they heard the backbeat behind the front beat and that’s how they came up with Reggae’s signature upside down beat. A lot of the time the bass comes in on the 2 and the 4 beat. The guitar ‘shank’ is often on the 1 and 3 beat. This is the ‘trademark’ of Reggae. You will hear influences from Reggae in St Martin/St Maarten’s music scene.